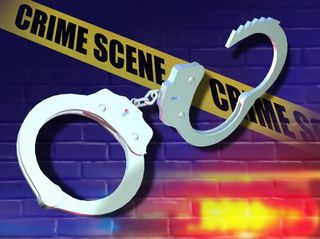 The Camden County Sheriffs Office is piecing together what sparked a double shooting last night (10-02-10) that left 59 year-old Sharon L. Dickson dead, and 67 year-old William B. Vannote fighting for his life.
Sheriff Dwight D. Franklin says deputies and investigators from the Camden County Sheriff’s Office were called to a rural residence located on Lake Road 5-35BC at approximately 11:17 p.m. (that is near Sunrise Beach.)
Captain Gary Bowling says both the man and woman were shot multiple times, "It is a homicide investigation. We're attempting to put the pieces together and hope to have more information available tomorrow."

Franklin says the Lake of the Ozarks Major Case Squad will be activated at 9:00 a.m. tomorrow morning.
UPDATE 10-05-10:

Bowling says the Lake of the Ozarks Major Case Squad is chasing down leads and more information will be released as it becomes available.

Bowling says investigators are following leads in the case.
Posted by Kathee Baird at 6:49 PM