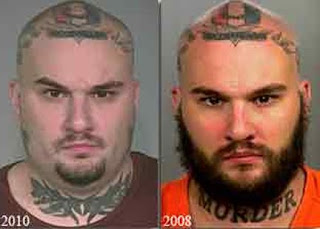 A man from Indianapolis has been charged with first-degree murder for the shooting death of a Springfield man in May of 2004.

A news release from the Springfield Police Department says that on Saturday September 4th, Eric Fairburn, 36, walked into a police station in Indianapolis and confessed to the killing of William McDaniel. Investigators in Indianapolis contacted authorities in Springfield who traveled to Indiana to question Fairburn.

According to the probable cause statement used as the basis for the charges, McDaniel, 57, was shot multiple times through a glass storm door of his home at 1669 E. Turner about 2:15 a.m. on May 14, 2004. Police at the time said it was an execution-style murder.
- 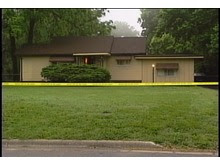 Springfield police Lt. David Millsap says McDaniel, who they believe had drinking, was involved in a car/motorcycle accident about two weeks prior with Jerry "Sinbad" Riggio who was a friend of Fairbanks. Riggio died from injuries he sustained in the crash, and McDaniel was charged with leaving the scene of an accident.

Becky McDaniel, who called 9-1-1 the night her husband was shot, made a public plea through the media for help in finding out who was responsible for the death of her husband of 35 years. Fairburn lived in Springfield at the time of McDaniel's death.

An online search for the name Eric Fairburn reveals the man has an extensive criminal history and co-founded a hate group in Indiana, The Vinlanders Social Club.

In December of 2008, Fairburn, aka "The Butcher," was sentenced to five years in prison (three of those years were suspended at sentencing) for being the ringleader in the beating of Dexter Lewis, an African American, in downtown Indianapolis in March of 2007. Fairburn was jailed in early 2008 for an alleged assault of his girlfriend's mother in Hancock County, Ind

When Fairburn was sentenced in 2008, he had the word "murder" tattooed across his neck, and the Vinlanders Social Club shield logo on his head. three years suspended. Since he had already served 199 days in jail, the VSC leader was eligible for parole in February of 2009.
Fairlaind co-founded the the VSC, a Knightstown,Indiana racist skinhead group in 2003. The group has become an umbrella organization for more than a dozen racist skinhead crews across the country. He is also profiled on the blog Nazi Watch USA.
-- 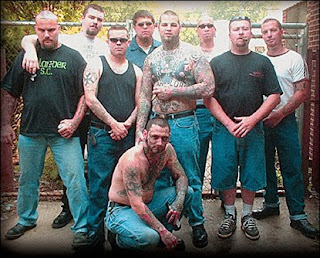 When Fairburn was sentenced by an African American woman judge his he was respectful answering "Yes ma'am" and "No ma'am." As part of the conditions of his suspended sentence, the judge barred him from associating with skinheads or any other white supremacists.
According to an article found online, it didn't take long for Fairburn to renounce his affiliation with the VSC in open court, "I'm no longer a member of the Vinlanders and I no longer have any association or ties whatsoever with the Vinlanders Social Club or any other [racist] clubs or anything," Fairburn said. "I haven't been around those people in over a year."
Today, "The Butcher" has covered up the murder tattoo with one that appears to be leafy.

McDaniel is being held in a jail in Indianapolis on $2 million dollars bond and is awaiting extradition to Missouri.
Posted by Kathee Baird at 4:33 PM

Eric was always a cowardly piece of shit who liked to make threats towards females!!

Eric is actually a better person than any of you know. Loyal and caring. I don't care what he did. I will always be a friend to him.

I am Eric's youngest child's mother and I think anyone can change. I have experienced that change in Eric. I think by him turning himself in was a way of him showing that. Noone ever writes about the good things people do. He made a big impact on my life and his daughters life. He has never made any threats towards me and has always been caring, understanding, and always a willing helping hand. So I agree as well I will always b a friend of Eric's

Re: Skinhead Confesses To 2004 Springfield Murder

I associated with Eric for a short time before all of this hate business. Sure he was a little "out there" but he was still alright in my book. This much I do know, Eric had an accident and suffered significant head trauma as well as other serious injuries in 1995. Although he healed physically, he was not the same person after that accident and that is when his life changed.

Seriously? You think an accident made him a racist? You're an idiot.

I met and became friends with Eric while I was at Fulton in July 2011,I not only liked him I had alot of respect for him,I also found him to be a highly intelligent man,and while I was there he was one of the only men that told me when I got out prison to stay straight and take care of my son,and regardless of his crimes I am glad I got to know him and have nothing but respect for him

Eric killed a man that I have known my entire life. A man that was friends with my father. I was raised with his children. An eye for an eye is not exactly a good thing. And your need to justify what he did is completely ridiculous!!

He killed a drunk driving shitbag that killed another man and an 8 year old girl. In my book he was right on. I guess because the "man" as you call him was a friend of your fathers that he is not responsable for his actions? Nobody has to "justify" it.. The piece of shit is dead now, got what he deserved and is not coming back...

Eric is an amazing person. He has always been straight up with me and a damn good friend.

I agree... No one will ever know him the way i know him and he's a Damn good man who brought justice to the table. I have nothing but love and respect for Eric.

His accident did not change who he was. In 1995 and many years prior he was full of rage and hate. In fact he had already begun his ties with local hate groups prior to his accident. At that point in his life, he drank to oblivion which caused the accident.

i'd be interested to know the identity of the 8yr old girl he killed...I'd think that information like that would have been made available to the public...Perhaps it's a bunch of horseshit in an attempt to justify the level of action taken...I'm not judging, it just seems easy to talk smack on both ends since non of this is face to face....I'd rather discuss the facts rather than embellish the facts. Fact is...two people were loved...it should have never happend....i pray healing comes...if anything else awareness of the consequences we all face for our actions...stay strong and heal...

Eric"The Butcher aka Eric the Wolf" is a textbook example of a sociopath. Unfortunately my family had the misfortune of crossing his path when he decided my daughter was the love of his life. Not only did he abuse and mistreat my daughter's pets, but the dog which was actually a puppy, but also he tied her kittens to a ceiling fan, and turned it on killing the kitten. He got into my at the time seven year old son's head which caused him to have a serious mental health issue. He had my son goose stepping and putting natzi signs every where. He was physically abusive to my daughter. He sent threatening letters to myself and my family through the mail. As for his serious head injury that is incorrect. The facts are as follows he was drunk and urinating from a 2nd floor deck, the railing broke, and he fell on the parking lot, breaking both arms, and some ribs, there was no head injury, and he was very well compensated by the property owner's insurance. About$75,000.00. You are right about one thing he is very intelligent, and very manipulating. He is where he belongs, and I for one hope he never gets out of prison, he is mentally unstable, and will always pose a threat to society.

Anyone that truly knows Eric knows he may make a lot of jokes but he would never hurt an animal intentionally. Those stories are bogus. He's made a lot of mistakes , he's human. But Eric is a damn good man and I have nothing but unconditional love and respect for him. He put justice in his own hands when the system failed to do it. Simple as that. I commend him for standing up and admitting his guilt.

Skinhead "The Butcher" Turns Himself in to Police for 2004 Murder of Man in Springfield.

This man "The Butcher" looks like trouble and women should probably steer clear of him.

Junior killed a child drunk driving years before. Its true he was a good man but heavy drinker Eric is very smart loyal and unable to fight even a little. Boxer

Eric has changed so much over the years and only for the good. I'm proud of him for turning himself in. He accepted giving justice for justice. These "horror stories" of animal abuse, brainwashing children etc are so far from who Eric is. Anyone who has ever known him with children knows he has a love for them more than most and would never dream of hurting one. I'll always have love and respect for him.