Jury Selection Underway In Most Anticipated Murder Trial In The Ozarks In Quarter Century: 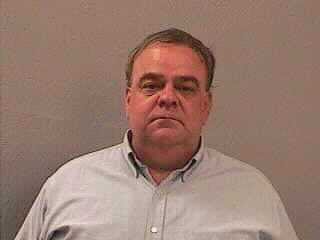 After numerous delays, jury selection is underway in Clayton, MO, for the most anticipated murder trial in the Ozarks in the past quarter century.

Gerald Carnahan was always the chief suspect in the murder and rape of Jackie Johns in July of 1985. It was a case that literally followed him around the world.

On June 17, 1985, Johns' sports car was found with one door open along Hwy 160, the backseat soaked with blood. Johns' nude body was found by anglers four and a half days later floating in Lake Springfield.
--

Prosecutors say the now 52 year-old Carnahan raped and murdered the 20 year-old part time waitress and former homecoming queen late on June 17 or early June 18, 1985. Witnesses claim to have seen Carnahan sitting in his truck behind a convenience store where the young woman stopped and was last seen alive.

Carnahan admits he knew Johns, having once employed her. However, he told lawmen that he was not responsible for the woman's death, and that he had a solid alibi.

He claimed he was at a bar with his step daughter when the murder took place. His step daughter, Sara Collins, backed that story up. Carnahan, was indicted in 1986 by a grand jury on charges of tampering with evidence for allegedly lying to investigators who questioned him about Johns' murder.Those charges were dismissed by a judge who said, "lying does not constitute physical evidence of a crime." Collins, was also indicted by the grand jury for perjury, but was later found innocent by a judge.

In the years since Jackie Johns' murder, Carnahan has been in and out of jail, and for the majority of the time half way around the world in China tending to his family's business.

In 1992, Carnahan's wife Patricia filed an adult abuse restraining order but dropped it shortly thereafter. In 1993, he was convicted of the attempted kidnapping of 18 year-old Heather Starkey in Springfield and sentenced to two years in prison. In July of the same year, cops were dispatched to his house to investigate an alarm call. Carnahan, who had been drinking heavily met responding officers with a shotgun. During a scuffle with lawmen, he kicked one officer. He was charged with assault of a law enforcement officer and handling a gun while drunk. He was sentenced to 15 months in prison for that crime.

1993 is probably a year that Carnahan would like to forget. In September, he burglarized a competitor's business in Aurora and torched it. After pleading guilty to that crime, he was sentenced to four years in prison.

After Carnahan was released from prison in September of 1997, he went to work in the family businesses, Springfield Marine and Diversified Plastics. Those business ventures took the now paunchy middle aged man to China for eight to nine months of the year.

In October of 2007, Sgt. Dan Nash, a Missouri State Highway Patrol trooper with "some time on his hands," asked if he could look into cold cases. The case he picked was the Jackie Johns case.

Evidence that was collected from Jackie's vehicle, and the vaginal swab taken from the woman's body 22 years earlier had been preserved. With new advances in testing available, the trooper took the preserved evidence to the state crime lab in Jefferson City.

Nash received a DNA profile in March from, Cody Wright, Jackie John's boyfriend at the time of her murder.....there was no match. Even with Carnahans extensive criminal history there was no DNA profile on the man in CODIS or AFIS. In August of 2007 Sgt. Nash presented his case to a judge and requested a warrant to collect DNA from Gerald Carnahan.

The judge issued a warrant for a sample of Carnahan's DNA and on August 6th Nash served the warrant on Carnahan and took several buccal swabs from him. On August 8th the Missouri Highway Patrol Crime Lab had a match between Carnahan's DNA profile and the vaginal swab taken from Johns' that had been so prudently cared for by officers for twenty two years.

Jackie's mother and father, Shirley and Les, always believed Carnahan killed their daughter. Whenever they saw their neighbor around town they would yell "murderer" at him. Shirley died from cancer a few years after her daughter was murdered.

Les is in his mid eighty's and too ill to attend the proceedings in St. Louis, County but his three daughters will be calling and keeping him updated on the trials progress, “There will be no closure. There's no such thing as closure. It will be on your mind until the day you die. It's on your mind every day.”

The trial was moved to St. Louis County on a change of venue. Citing Les Johns declining health, Greene County Prosecutor Darrell Moore took the death penalty off the table in an effort to expedite the cast to trial.

June 18, 1985 -- Johns' black Camaro is found on the shoulder of U.S. 160 between Nixa and Springfield. Investigators found a "large amount of blood,"as well several pieces of woman's clothing (they include: a woman blouse, blue jeans, panties and a bra that are "soaked in blood," in the back seat of the vehicle. A car jack that has blood and strands of hair on it are found in the trunk. The keys were still in the ignition.

June 22, 1985 -- After an intense four and a half day search by the community, Jackie Johns' nude body was found by two fishermen in Lake Springfield. She died of severe head injury to the right side of the head (blunt force trauma,) she also had severe blows to the face. An anonymous caller states that they saw Carnahan's very distinctive truck at the 7-Eleven in Nixa at/or about the same time (10:30-11:00 p.m.) as Jackie Johns on June 17th.

June 24, 1985 --Gerald Carnahan, who was 28 at the time, is questioned by police about Jackie's murder. He admits that he knew Johns, (having employed her at one time,) but insists that at the time of Jackie's murder, he was at a bar with his stepdaughter, Sara Collins. Collins, backs his story up. Carnahan admits to owning a pickup truck matching anonymous caller's description.

June 29, 1985 --Officers conduct an interview with a witness who reported seeing Carnahan at 7-Eleven in Nixa on June 17th.

Jan. 18, 1986 -- Officers interview a witness who said he/or she saw Carnahan's truck parked on the side of a road near the intersection of CC in Nixa . The witness said that when he/or she asked Carnahan about what was wrong with the vehicle, he denied being there. The witness said that over the years Carnahan approached him/or her several times, saying "not to tell authorities, or the grand jury that he/or she saw the truck."

March 1993 ----Carnahan attempts to kidnap an 18-year-old woman from the side of Ingram Mill Road in Springfield. He is convicted on that charge, and sentenced to two years in prison for the crime.

July 1993 -------Police are dispatched to Gerald Carnahan's home in response to an alarm. Carnahan is drunk, and brandishes a shotgun at responding officers. During a struggle with authorities, he kicks an officer. He is later sentenced to 15 months in prison for assaulting an officer, and using a gun while drunk.

Sept. 17, 1993 -- Carnahan burglarizes and set fire to Custom Aluminum Foundry in Aurora. He later pleads guilty to the burglary, ($60,000 worth of equipment was stolen) and arson and is sentenced to four years in prison.

Sept. 29, 1993 -- A witness steps forward who says Carnahan confessed to killing Jackie Johns to him/or her, saying: "Yeah I know, I did it, but they are so incompetent, they can't prove it."

Fall of 2006-----A Missouri Highway Patrol Trooper "with time on his hands," asks to review cold cases and picks the Jackie Johns case. Evidence that was collected from Jackie's vehicle, and the vaginal swab taken from the woman's body 21 years ago had been preserved. With new advances in testing available, the trooper takes the evidence to the state crime lab in Jefferson City.

March 2007----The trooper received a DNA profile from, Cody Wright, Jackie John's boyfriend at the time of her murder.....there is no match.

Aug. 9, 2007 ----Gerald Carnahan, 49, is arrested and charged with first degree murder, and forcible rape for the killing of Jackie John's. If convicted on the murder charge, Carnahan could receive the death penalty, or life in prison. If convicted of forcible rape, he could receive 10 to 30 years on. A life sentence in the state of Missouri is 30 years.
-
March 2008-----Carnahan's preliminary hearing his held. After several witnesses are called in the morning session. Carnahan's attorneys, Dee Wampler and Joe Passaneise, waive after the first witness called after the lunch break, a lab technician says that the is a one in 6.039 quadrillion (6,039,000,000,000,000) chance that the sperm found in Johns' body could belong to anyone other than Carnahan. Judge Mark Fitzimmons binds the case over to circuit court.
-
May 2008-------Greene County Prosecutor Darrell Moore announces that he will NOT seek the death penalty in the case. Cites age and health of Johns father, Les, as a contributing factor in his decision.
-
June 2008-------Case is moved to St. Louis County on a change of venue
-
October 2008----Dee Wampler and Darrell Moore appear in a St. Louis County courtroom where judge Michael Jamison sets an evidentiary hearing for December 5th; and a tentative trial date of July 27, 2009.

December 2008--Gerald Carnahan takes the stand for the first time in the Jackie Johns murder case to request the judge set a reasonable bond with conditions so that he could be released until trial. According to defense attorney Dee Wampler, the judge stated, "this is a serious case and that even though he had been in jail for 15 months....that is exactly where he will stay."Wampler also filed a motion with the court to have Greene County prosecutor Darrell Moore disqualified from the case citing a conflict of interest. An assistant prosecutor with Moore's office had gone to work for the law firm of Wampler and Passanise, but has since returned to the prosecutors office. The judge denied that motion as well.

Winter 2008 - Spring of 2009-----A myriad of pre-trial motions (at least 23) and at least 31 specific motions for discovery filed by defense attorneys clog the Carnahan case file.

July 9, 2009--------Defense attorney Dee Wampler says that he and Greene County Prosecutor Darrell Moore will meet with Judge Michael Jamison in St. Louis to come up with a new trial date. Wampler says, "we went to Louisiana last month to dispose and interview witnesses, and we have to conduct many more.....I don't see this case being heard before the end of the year."

February 2010------Defense attorney Dee Wampler is diagnosed with kidney and prostate cancer. Carnahan's March 2010 trial date is postponed so Wampler can undergo surgery and treatment. A September 13, 2010 trial date is set. Les John's, Jackie's father, says he doesn't believe the case will ever proceed to trial....or if it does, he's afraid he won't live long enough to see it happen.
-
September 13, 2010-Jury selection begins in the most anticipated murder trial in the Ozarks in a quarter century.
Posted by Kathee Baird at 9:39 AM

regarding gerald carnahan, why does he get preferential treatment by judges and the court for all these years, including now? maybe his rich family paid off some people? why is the death penalty off the table? they managed to postpone the trial anyway. this guy has gotten away with murder. there is little justice in the world, but could a rock please just drop on this guy and his sleazy rich family? w. bauer, springfield mo.

He should have got killed the same way he killed her. Maybe he will get his real justice in prison. Some inmates have a way of doing that.