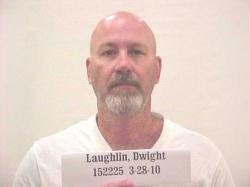 A Neosho man who has spent 17 years in prison for burglarizing a post office in Neosho has been ordered released because he was tried in state court.

The Missouri Supreme Court ruled the state did not have jurisdiction to charge, convict and sentence Dwight Laughlin because the burglary occurred on federal property.

The fifty one year-old man was sentenced to 40 years in prison for first-degree burglary and first-degree property damage stemming from the February 1993 break-in at a Neosho post office.

When Laughlin was arrested by authorities inside the post office they found a scanner tuned to the Neosho police frequency, a flashlight, crowbar, pipe wrench, screwdrivers and bags containing mail, stamps and money. By the time they got there a combination lock to a safe had been removed.

Laughlin, who was sentenced as a repeat offender, already has served more time in prison than the five year-sentence he would have received if he had been convicted in federal court and the statute of limitations to charge him has expired.
Posted by Kathee Baird at 1:27 PM