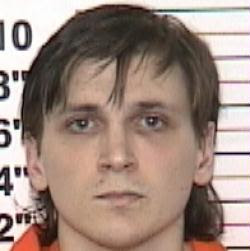 A Joplin man has been charged with statutory rape and statutory sodomy of an 8-year-old girl.

In 2004 Menteer was sentenced to four years in prison after he pled guilty to deviate sexual assault of a child under the age of 14.
Menteer is being held in the Jasper County jail on $20,000 bond.
Posted by Kathee Baird at 1:20 PM