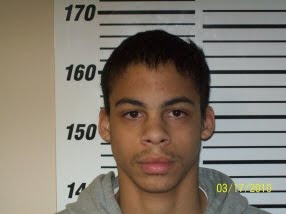 A 19 year-old man Webster County man has been charged with five counts of first-degree statutory sodomy for allegedly sexually molesting and raping his 10 year-old half brother.

Webster County Sheriff's Investigator Rick Hamilton writes in the probable cause statement used as the basis for the charges, that the little boy told his mother that he had a secret. He then told his mom and that Jessie Riefler had performed several sex acts with him last summer.