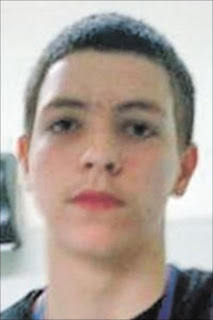 A birthday celebration turned into tragedy yesterday (03-21-10) at a home on Chicago Street in Springfield yesterday.

Authorities say that Kody Ray, 17, was transported to a Springfield hospital after being shot at least twice in the doorway of 716 W. Chicago---allegedly by a high school classmate. Ray died from his injuries this morning. The teens are students at Hillcrest High School.

Sources say that a fight at school may have led to the boy's murder after some students were suspended or expelled. Investigators say they are following up on that lead, and others.

Students are out of school this week and a spokeswoman for Springfield Public Schools says that they do not comment on disciplinary issues involving students, but are discussing how to deal with the situation as students return to classes.

Ray had recently moved to the Ozarks from New York.

Witnesses told police that they heard at least four shots come from a house across the street where a party was taking place for a 5 year-old.

Police believe Ray was a targeted victim and the shooting was not a random act.

Lt. David Millsap says, "We are continuing to develop leads at this time and have no one in custody connected to the shooting."

James C. Duke, III and Jordan Lee Martin, both 18, have been charged with first degree murder in connection with the killing of Ray. 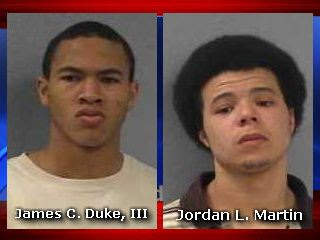 According to court documents, fights between Martin and Ray at Hillcrest High School and Battlefield Mall led to the shooting. Martin had made threats against Ray, because he was afraid he was a snitch.

Prosecutors allege that Duke fired the shot that killed Ray, but Martin provided the gun and was waiting in a car near the crime scene when the shooting took place.

How horrible :( Anyone remember the good ole' days...before Columbine, and Virginia Tech...when kids just settled things out by the bike rack? Whatever happened to that? It seems like violence is escalating so quickly in the world of academics...what will my kids school years be like in 16 years when they're in High School?