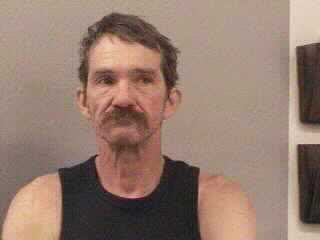 A Springfield man who was plotting to kidnap and rape little girls that were former family members has been sentenced to fifteen years in prison.

Randy Lee Rust was charged in 2007 after a couple he was living with called cops and turned over a journal detailing “disturbing notes that detailed his plans to mutilate and kill 14 individuals known to him, after sexually assaulting several children, including three of his ex-wife's great nieces.

Investigators say Rusts intended victims were his ex-wife, her sister, the sister's adult daughter and the daughters two little girls.

In July, a jury deadlocked on the kidnapping charge, but in November Rust entered an Alford plea to charges of attempted kidnapping and statutory sodomy. An Alford plea means that Rust doesn't admit guilt, but acknowledges that prosecutors have enough evidence to secure a conviction if the case were to go to trial.
Posted by Kathee Baird at 6:17 PM