Suspect Wanted In Connection With Attempted Officer Shooting In Boliver, Shot And Killed By Marshal And Greene County Deputy: 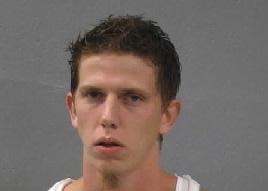 Late yesterday afternoon (11-24-09,) detectives with the Greene County Sheriff’s Office and the U.S. Marshal’s Fugitive Task Force received information about where they would find a fugitive felon they had been looking for in connection to the attempted shooting of a Bolivar Police Officer the day before.

At 5:06 PM, a vehicle that Lance N. Anderson (a.), 23, of Springfield and Bolivar, was in was spotted, and a vehicle stop was initiated at the intersection of E. Division St. and Frisco Ave. in Springfield. As a Marshal and Greene County Detective approached, Anderson emerged got out of the car brandishing a handgun.

Sheriff Jim Arnott says that Anderson fired at least one shot was fired by the suspect at officers, who returned fire. The suspect was checked on scene and was deceased.

In addition to being wanted for the attempted shooting of the Bolivar Police Officer, Anderson was wanted on an active warrant for Probation Violation/Felony Stealing.

The two officers involved in the fatal shooting are on paid leave pending the completion of the investigation and administrative review of the incident.

The Greene County Medical Examiner has scheduled an autopsy on Anderson for 4:00 p.m. today.
Posted by Kathee Baird at 10:51 AM