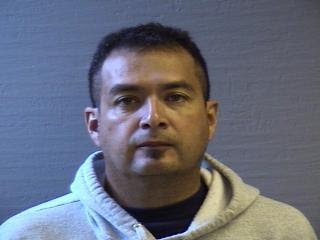 A Kansas man has been busted for allegedly having on-line sex with an officer posing as a minor on the Internet and allegedly exposing himself on a web cam last month.

Octavian C. Castorena, 43, of Independence, Kansas was arrested Monday at his home after and is still being held at the Independence police department.

Jasper County Detective Ed Bailey, who is assigned to the Southwest Missouri Cyber Crimes Task Force, was posing as the juvenile when he encountered Castorena in an Internet chat room on October 5, 2009.

Bailey coordinated with officers of the Independence, Kansas Police Department. Castorena was arrested at his residence today during the service of a search warrant. He was booked on the class D felony charge of Sexual Misconduct with a Child. Castorena will be held pending an extradition hearing. His computer and other evidence was recovered at the scene and will be transferred to the Southwest Missouri Cyber Crimes Task Force for analysis.
Posted by Kathee Baird at 12:03 PM