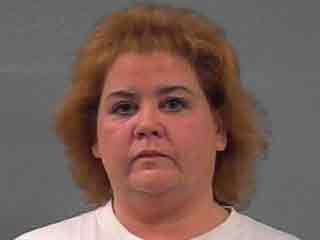 A Fair Grove woman is behind bars
for allegedly trying to kill her husband with poison.

Investigators with the Greene County Sheriff's Office say they were contacted yesterday by a co-worker of 40 year-old Tonia Peterson who told them that Peterson told her that she had been putting Visine in her husbands tea last year.

In the probable cause statement filed with the charges, Tonia Petersen says that a friend told her that putting Visine in her husband's drink would kill him. After researching the friends claim on the internet, and finding information that supported her friends claim, she put half a bottle in his drink.

When contacted by deputies Cecil Peterson told them that he had been having stomach problems over the last couple of months.