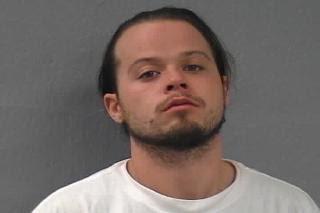 A baby girl has died from injuries allegedly inflicted at the hands of her father.

Springfield police say they were called to a home at 920 E. Adams about noon on Wednesday to reports that 1-year-old Vaniessa A. Baylor had fallen of a couch and was unresponsive.

Early on in the investigation cops became suspicious of the father’s statements and say that the baby's injuries were inconsistent with falling off a couch. 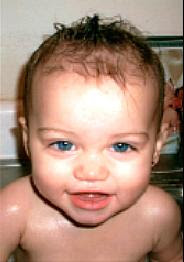 Baby Vaniessa was in extremely critical condition for almost two days and died shortly before noon today. Doctors say the baby suffered severe head and body trauma that is more consistent with injuries suffered in a high speed car crash.

Kyle S. Baylor, 24, Springfield has been charged with felony child abuse. Those charges are expected to be upgraded to second-degree murder when prosecutors return to their offices on Tuesday following the long holiday weekend.

An autopsy is scheduled to take place after the baby's organs have been harvested for donation.
Posted by Kathee Baird at 12:05 PM

I am trying to find somewhere where there is any mention of when the mother was found or why she wouldn't answer Kyle's texts....I am checking into this story now because I know she has two warrants for child endangerment....I have more info but am checking things out first....I don't want my name shared as this falls into my family situation now since I thought the mother was a friend but instead has taken my husband & they are living with his mother in Marshfield< MO