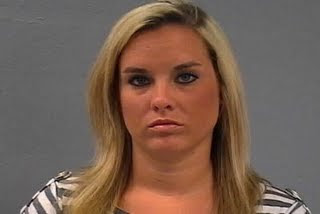 The former band teacher for Greenfield High School in Dade County has pleaded guilty to statutory rape in Greene County.

According to online court records, Alison Peck changed her plea and was given a suspended five-year sentence today in Greene County Circuit Court. Peck was placed on five years’ probation and ordered to complete a sexual offender treatment program.
In the probable cause statement filed with the charges, authorities say that a 16-year-old boy started texting Peck over last years (2008) Christmas break.

In January, the teenager says that he began visiting Peck's home in Mt. Vernon and that the two had sex at the teachers residence on numerous occasions.

Prosecutors in Dade County filed two statutory rape charges against Peck earlier this year and the Lawrence County Prosecutor filed one count of statutory rape and another statutory sodomy charge against the former educator.

Greene County prosecutors charged Peck with the statutory rape charge after friends of the woman's arranged a liaison between the teacher and the same victim in the other cases at the American Inn in Springfield. One of Peck's friends rented the room in her name after Peck told her that she was being watched by authorities.

Peck, is still facing sex charges in Dade and Lawrence counties. She is due in court there on December 3rd; she's also scheduled to be in court for a hearing on a civil suit filed by the father of the student on December 2nd.
Posted by Kathee Baird at 3:19 PM