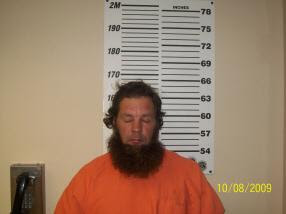 An Amish man from Webster County who has been "punished by his church" in the past for allegedly molesting little girls is now in trouble with the law.

Thirty six year-old Johnny A. Schwartz of Seymour has been charged with two counts each of child molestation, statutory sodomy, and statutory sodomy with deviate sexual intercourse with a person under the age of 14.

The probable cause statement filed with the charges says that police were summoned to Cox South hospital by the wife of Schwartz who told investigators that her husband was there because he was upset about something he allegedly did to two girls and he was there to, "seek help."

Detective James Corvi writes that Schwartz told authorities that he allegedly inappropriately touched the girls over a seven year period. The alleged abuse took place between 2000 - 2007 at his home.

One of the girls told investigators with the Child Advocacy Center that Schwartz told her, "he was sorry, but could not stop doing it."

Schwartz has been arragined and is being held in the Webster County jail on $150,000 bond. 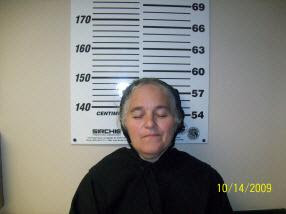 The wife of an Amish man charged last week with several sex offenses involving two of his children is facing charges herself for not protecting her kids.
Fannie Schwartz (a.), 47, Seymour, is facing two counts of endangering the welfare of a child because prosecutors say she knew her husband, Johnny Schwartz, was sexually assaulting her daughters and did nothing to stop him.
The probable cause statement filed with the charges against Johnny Schwartz (b.), 36, says that police were summoned to Cox South hospital by the mans wife who told investigators that her husband was there because he was upset about something he allegedly did to two girls and he was there to, "seek help."
The girls told investigators that their father, "had been punished by his church," for molesting them in the past.
The girls mother allegedly told investigator Rick Hamilton that the sexual abuse of the girls, didn't bother her like it should have."
https://www.courts.mo.gov/casenet/cases/searchCases.do
09WE-CR00995 - ST V JOHNNY A SCHWARTZ
09WE-CR01004 - ST V FANNIE J SCHWARTZ
Posted by Kathee Baird at 7:23 PM